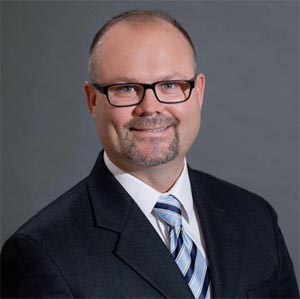 I completed my pre-chiropractic education through Utah state University, and graduated with a Doctor of Chiropractic degree from Palmer College of Chiropractic on June 11th 1999. That’s all well and good, but it doesn’t tell you why I became a chiropractor. You see, what happened to me over 35 years ago, changed my life forever. I was an average eleven year old kid, I liked riding bikes, playing sports, and was an undefeated freestyle wrestler, but all that was about to change....

It all started on the Meadow Elementary School playground. We were playing football and I was returning the kickoff when I was clipped from behind, and went headlong into a fence post. I was knocked unconscious and was left with a laceration that penetrated to the skull. The laceration required 52 stitches to close, but that’s not the worst of it. From that point on I was plagued by daily migraine headaches. My mom took me to doctor after doctor, they gave me prescription medication to take, but the migraines just kept coming. The final specialist we saw was an orthopedist, he said I had Arthritis in my neck, that it was ‘unstable’, and that I should‘stay home’, ‘take up reading’, and forget about ever playing sports again. I followed his advice for about six months, but the headaches were unrelenting. There was a constant uncomfortable feeling at the base of my skull on the right side, that compelled me to jut my chin forward and tilt my skull as if I were looking up. Mom accused me of having a nervous tick, but, when I explained to her that it felt like my head wasn’t on straight, she decided to take me to the chiropractor. He found that there were damaged and injured joints in my neck and upper back that had healed in an abnormal position. He adjusted these areas, and immediately my headaches and neck discomfort were gone. I knew at that moment, that I wanted to be just like the chiropractor who changed my life forever.

When I finally made it to chiropractic college, another event happened that influenced the direction my career would take. My wife was involved in a motor vehicle accident and suffered injuries to her neck. She had $3000.00 worth of Personal Injury Insurance, so I recommended she see a chiropractor. Unfortunately, the chiropractor she saw treated her insurance instead of her spine (as soon as the Personal Injury Insurance was exhausted he discharged her from care). She was still in pain, so I vowed then and there to never ‘treat’ a patient’s insurance, and to learn everything I could about the proper way to manage whiplash and other motor vehicle collision injuries. Nearly 20 years later, I am one of only a handful of Doctors in the United States to complete Northwestern University’s Accident Reconstruction course, and I am the only Doctor in the Yakima Valley with Advanced Certification in Whiplash from the prestigious Spine Research Institute of San Diego. In addition, I have pursued post graduate training in, and have gained expert witness qualifications in; accident reconstruction, bio-mechanical engineering, injury causation, disc injuries, MRI interpretation, video fluoroscopy, electro-diagnostic studies and rehabilitation of soft tissue injuries. My commitment to the vow I made nearly 20 years ago has allowed me to help hundreds of injured patients, including those with no insurance at all. It has truly been a blessing to participate in the recovery of so many good people over the years, I can’t wait to see what the next 20 years brings!